Timberland Management in the Wake of a Natural Disaster

The US South is accustomed to dealing with severe and devastating weather events. From hurricanes and flash floods, to tornadoes and extreme droughts, this part of the country deals with its fair share of climate extremes. As we noted earlier this year, South Carolina experienced historical flooding last October due to rainfall from hurricane Joaquin that caused over $12 billion in damages. The storms that have overwhelmed parts of the US South this spring and summer continue to cause widespread social, economic and natural resource  devastation.

Louisiana is just beginning to clean up from the extreme flooding that pounded the state during the latter part of the summer. More than 86,000 citizens have registered for disaster assistance and over 60,000 homes were damaged or destroyed. While the final tallies are not yet complete, a comparable flood in 1995 caused $3 billion in damages, which equates to roughly $4.7 billion in today's dollars. (As a frame of reference, Hurricane Katrina affected five million acres of forestland across Mississippi, Louisiana and Alabama and caused more than $1.25 billion in timber damage in Mississippi alone.)As Louisiana continues to clean up of flood-damaged buildings and homes, farmers face another set of problems. Many corn, soybean, sugar and rice fields—as well as tracts of timber—were flooded with several feet of water. 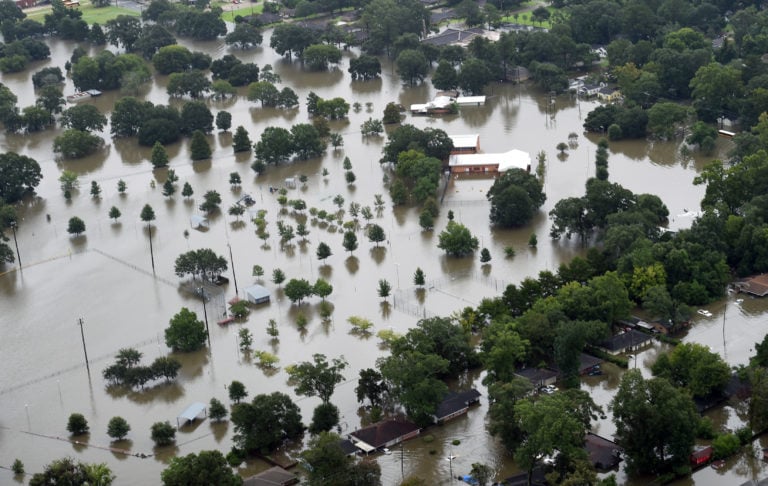 Next door in Mississippi, secretary of state Delbert Hosemann has drawn attention to the problem of damaged timberlands due to the current allocation of flood waters in both Mississippi and Louisiana. He notes that, “After a general review, current flooding of the Mississippi River impacts approximately 10,000 acres of 16th Section Public School Trust lands from Warren County south to its border. A current investigation of 3,561 acres revealed the following information.

Whether it’s a raging wildfire in the Pacific Northwest or an historic flood in the US South, natural disasters have the potential to cause widespread destruction of valuable timberlands.

In the aftermath of a devastating weather event—like a hurricane or the current flooding seen in Louisiana and Mississippi—quickly assessing the severity of damaged timber as accurately as possible will help landowners determine whether or not they need to begin a salvage operation.

The most important incentive for timberland owners to assess this damage promptly is that current prices, especially for sawtimber, remain depressed. An immediate assessment of the extent of the damage will ensure that landowners, many of whom have spent years managing their timber for financial returns, are able to capture as much value from the damaged timber as possible. To do this, timberland owners will ideally want to hold off selling their timber, if possible, until sawtimber prices fully recover from their recessionary lows—which may take some time. To maximize this value, a professional forester should be consulted before making any final decisions regarding damaged timber.

During an assessment, damaged timber is generally assigned one of three rankings that help in the decision-making process:

Severe Damage: Damage is critical and widespread; in this case, the timber should be sold as quickly as possible.

Severe damage to the majority of timber on a property will lead to the most undesirable option, selling timber right after a storm. Prices during this time period plummet because of an influx of timber being cut and sent to market. Trees that need to be cut as quickly as possible are windblown trees with the majority of roots out of the ground, large trees leaning at least 45 degree angles, and trees that have lost 75 percent or more of their live crown. These trees will begin to deteriorate quickly and lose value.

If the majority of a stand has suffered severe damage and a salvage treatment would cause the stand to be understocked, the best option is usually a salvage clearcut followed by site preparation and replanting the following fall/winter. In the case of a hurricane, it is important to remember that a salt-water storm surge may also cause extensive damage to low-lying tracts of timber.

Moderate to Severe Damage: Extensive damage is found, but the majority of damaged trees will survive six months to one year; in this case, the sale can be postponed until better market conditions prevail.

In this circumstance, though timber has suffered considerable damage and needs to be harvested, harvesting can be delayed until market conditions recover from the initial surge of salvaged timber. This category includes trees with broken tops that have four or more living limbs remaining, small trees that are leaning less than 45 degrees and windblown trees with the majority of roots still in the ground. Trees in these conditions can survive into the foreseeable future.

Harvesting this type of damaged timber can be put off by six months to one year in order to avoid markets that are inundated with salvaged timber. Landowners should be wary about leaving damaged pines that have demonstrated pitch flow, however, as this could attract insects and cause an outbreak that leads to even greater damage to a timber stand.

Light to Moderate Damage: The stand as a whole has little damage, and the majority of affected trees will be able to recover within one or two growing seasons. No sale is needed, as the stand will recover in time.

Many young trees showing damage immediately following a storm can recover if given the opportunity. Two types of temporary tree damage include broken tops and bent trees. Young trees with broken tops but an adequate amount of live crown (>50 percent) still remaining will sprout one or more new leaders and continue to grow. Landowners should continue to monitor this process, though, since trees that recover from broken tops are susceptible to forking when one dominant leader does not emerge.

Research has also shown that loblolly pine trees in the US South that are bent less than 40 degrees typically recover completely after two years. Trees bent 40-60 degrees also recover, though with varying amounts of crook and sweep. Only trees that were bent 60+ degrees were not able to recover.

As regional flooding in SC last year and Louisiana this year has demonstrated, the southeast is prone to extreme and destructive weather events. It is also one of the world’s top-producing wood baskets, with dense, productive stands of various pine species covering much of its territory—and these pines are oftentimes susceptible to major storm damage.

Regardless of the extent of the damage sustained by timber during severe storms, the key to reclaiming as much of the tree value as possible—and preventing further damage from pests and disease—is a rapid assessment and response. As soon as the weather clears and conditions are safe, timberland owners should survey the damage and modify their management plans and harvest schedules accordingly.

Timber Prices
US South Sawlog Supply is Likely to Tighten But Surplus of Small Logs and Residues Will Create Opportunities
The US South’s softwood industry has enormous potential for a variety of reasons. The region has a significant forest...
END_OF_DOCUMENT_TOKEN_TO_BE_REPLACED

Forest Management
Locking Up Forests For Carbon Storage Not So Clear Cut
Of the 193 million acres of National Forest System (NFS) lands, less than half (45 percent) are unreserved and...
END_OF_DOCUMENT_TOKEN_TO_BE_REPLACED