Where Do We Go from Here? A Q&A with Forest2Market CEO Pete Stewart

Forest2Market President & CEO Pete Stewart recently participated in a Q&A that is published in the June issue of The Forestry Source. The magazine is published monthly by the Society of American Foresters and contains valuable news and information for forest resource professionals nationwide.

How does the current economic predicament compare to the Great Recession just over a decade ago?

Stewart: As states begin to open up and we navigate the second phase of the covid-19 pandemic, I think it’s imperative that we focus on the inherent strength of our economy as we entered the global shutdown and “shelter in place” orders that widely took effect in March. While the Great Recession that unfolded in 2007 is perhaps the closest historical event we can look to for guidance, the drivers of the two events could not be more different. Unlike the Great Recession, the current economic crisis is not the result of overvalued asset bubbles or structurally weak markets. On the contrary, the Dow Jones Industrial Average hit record levels in February amid accompanying economic data that, by any measure, have been stellar over the last several quarters. The underpinnings of the economy are very sound.

Rather, the current predicament is a direct result of a controlled economic slowdown by governments across the globe. These measures have been warranted, even though they seem extreme, but we must continue to hope that the pain is temporary and that the “flatten the curve” approach will indeed result in saved lives and an increased awareness of pandemic-related issues in the future.

We really have to pay close attention right now to learn what is working and what isn’t, and use that knowledge to formulate a better response plan going forward. The interconnected global economy is both fragile and responsive, as we have all experienced over the last several weeks.

Are some sectors of the US forest products industry affected more than others? Why?

The solid wood sector (lumber and panels) was hit especially hard early in the pandemic due to slowed construction, primarily in states that deemed it to be nonessential. In April, wood products sold better via the big-box stores, but demand for construction-grade products was near anemic. As expected, the dearth in solid wood manufacturing has also tightened the supply of residual materials, although there are indications that this is beginning to subside as states open their economies once again.

It’s been a wild ride for the pulp and paper industry thus far in the pandemic. Demand for hygiene products, tissue and towel, and containerboard has boomed, as has demand for their primary inputs (fluff pulp and market pulp). However, the secular decline of printing and writing papers has hastened and is likely to accelerate in the future as remote working conditions and online learning supplant traditional norms that have historically relied on these products. Likewise, a surge in remote, ecommerce shopping is poised to displace even more brick-and-mortar purchases. Print advertising, store displays, etc., will suffer as a result.

Timberland values will remain level due to long-term planning and decision-making, although regional stumpage markets will be volatile before rebalancing.

How are our forest products trading partners in other countries faring? What are the impacts on imports and exports?

With the exception of tissue and towel manufacturers, we’re largely hearing the same story from our customers and partners across the globe: Everyone is struggling, and the uncertainty is profound. While the demand for tissue/towel products has been intense, the hoarding behavior resulted in temporarily pulling forward a number of large purchases. These trends are unlikely to continue at scale.

The dollar has appreciated over the last several weeks, however, so when things open back up sufficiently, those countries that are major exporters to the US will benefit.

Has the designation of forest products companies and workers as “essential critical infrastructure workforce” had an impact?

Yes—without a doubt. Unlike so many industries that have been hit hard, we have really been fortunate that many of our workers could continue to work, wood products manufacturers could continue to meet market demands, and the supply chains could at least maintain stability. Our industry has also been around for a long, long time; we’ve survived all kinds of both natural and man-made disasters.

What’s your outlook on the housing market?

It’s really difficult to predict what the housing market will do in the near term. New housing starts seemed to have really hit a stride during the first quarter of 2020 after the long, slow increase from the depths of the Great Recession. But we know housing demand is tied to employment, and unemployment is now at all-time highs. It’s too early to tell what percentage of those numbers will be temporary, but I suspect there will be some structural changes going forward that will result in higher unemployment than we have seen the last several quarters. In other words, I don’t think we’re going to be able to snap our fingers and go back to the way things were in January, for instance. It will be tough, no doubt, in the near term.

That said, I still believe the fundamentals of the US economy are sound, so it’s really more a matter of finding creative ways to keep things moving forward, which will require attention at both the market and policy levels.

What has surprised you about the impacts of the pandemic on the US economy?

The biggest surprise to me has been witnessing the stock indices rebound to reasonably high levels—roughly 6,000 points, up from the early April low—which is surely not indicative of current activity. While the indices are forward-looking by nature, the day-to-day uncertainty has resulted in wildly volatile trading sessions over the last several weeks. Some of this volatility seems to be moderating now, however, suggesting that markets have found temporary footing. As I said above, our fundamentals are sound, but I don’t believe the stock indices have quite figured out how to account for a global economic shutdown, which is something that is simply unprecedented in modern times.

Nothing is certain these days, what might the forest products sector look like in six months? A year?

If trends continue, certain segments in P&P (tissue/towel, containerboard, fluff pulp, etc.) will be fine. The demand is there, and manufacturers have been reacting to these market signals and making adjustments for a while now. As discussed earlier, the printing/writing and newsprint segments have seen year-over-year decreases for at least the last decade, so they are really in a tough spot right now as those declines are poised to accelerate over the next year.

North American lumber prices have surged in the last few weeks as sufficient demand in open markets has kept manufacturers afloat. However, current production is just a fraction of what it was prior to the economic shutdown, and widespread curtailments are now the rule. Without a serious near-term jolt in housing starts, the solid-wood sector will be in for some significant challenges over the next year.

Timberland prices will be less impacted in the near term, and they will largely remain flat through 2021. However, stumpage markets react quickly to supply and demand signals and are thus poised to creep down over the next several months. While demand for sawtimber has eroded, demand for pulpwood is strong and is likely to remain so; prices will adjust accordingly.

Landowners are now dealing with three significant challenges: 1) repercussions of the oversupply of timber that date back to the Great Recession; 2) slack demand in the current market, which is keeping downward pressure on prices, and; 3) near record levels of market uncertainty and a teetering housing market.

Is there a light at the end of the tunnel, and does the forest supply chain have a reason to be hopeful?

Absolutely! The forest supply chain has every reason to be hopeful about the future, as well as some of the new, exciting opportunities that are poised to develop in the future. The forest industry is subject to some of the vulnerabilities that come with being global in nature, but its supply chains are stable, its markets are entrenched, and demand for forest raw materials is very strong. 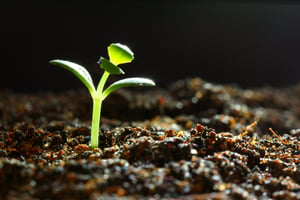 While the fear right now is palpable and the adjustments will be temporarily painful, the covid-19 situation has been a catalyst for the forest industry to rationalize production in the current market. And this is a sign of industry health! Many other industries have not been so fortunate. There are tremendous opportunities on the horizon: Anti-plastics initiatives are driving new demand for creative paper and packaging solutions, cross-laminated timber is changing the way we build, and bioenergy segments are poised to take off in the coming years.

Climate-related discussions are also at the forefront of global policy initiatives right now, and the forest supply chain has a tremendous role to play as they begin to take shape. As US representative Bruce Westerman of Arkansas recently noted, the forests we plant, grow, manage, harvest, and utilize are the most advanced carbon-capture devices in the world. This is the story we must tell as the forest supply chain plans not only for the “new normal” on the other side of the covid-19 crisis, but also for the 21st century that will demand sustainable solutions for the future. 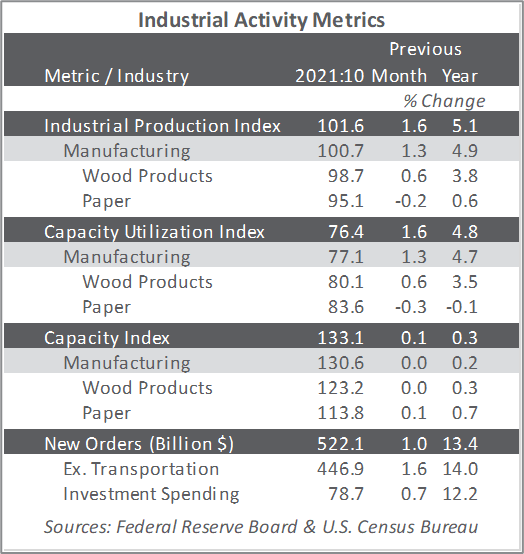 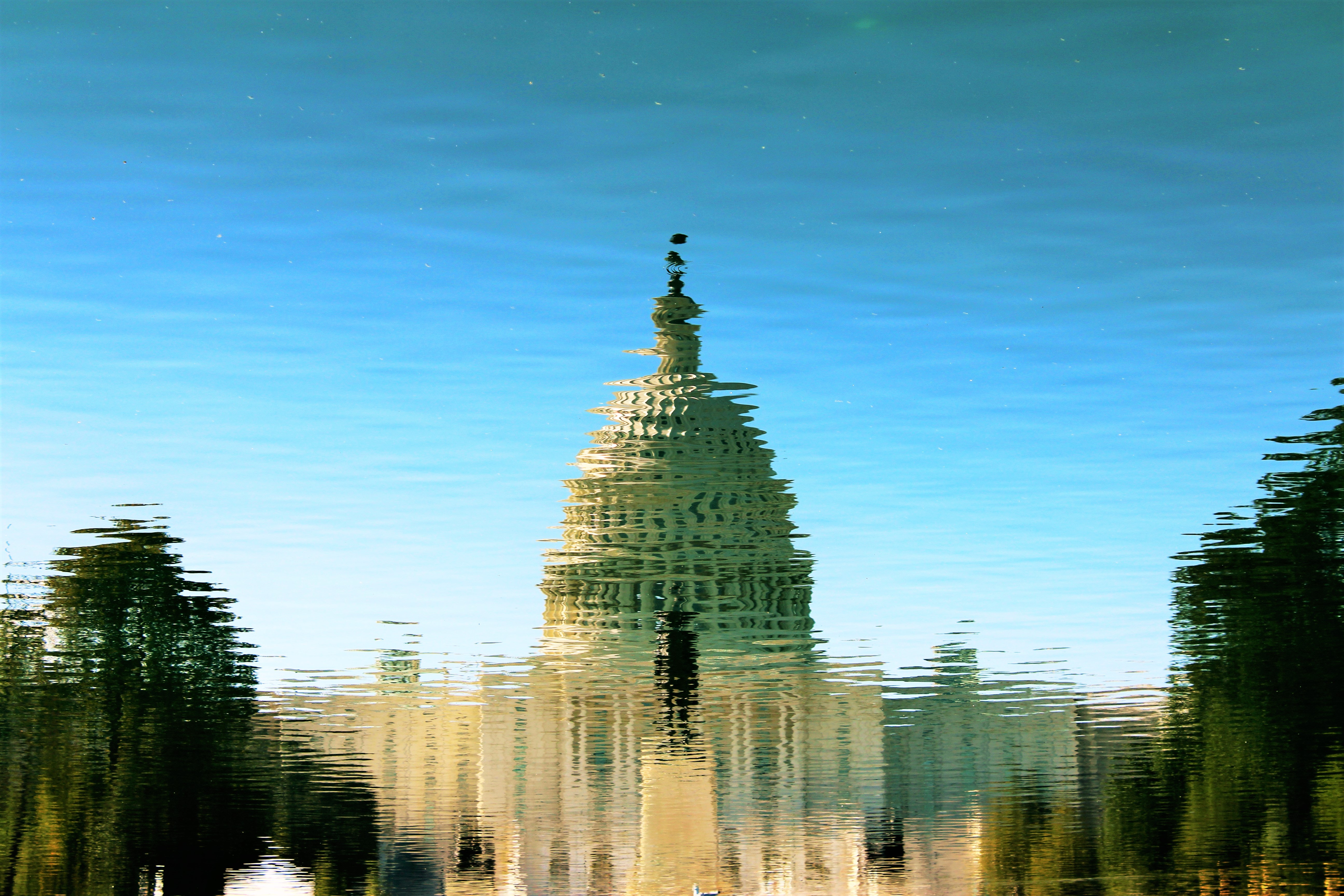 US forest industry
FRA Issue Update: Build Back Better
The following information was recently published by our friends at Forest Resources Association (FRA) The House of...
END_OF_DOCUMENT_TOKEN_TO_BE_REPLACED 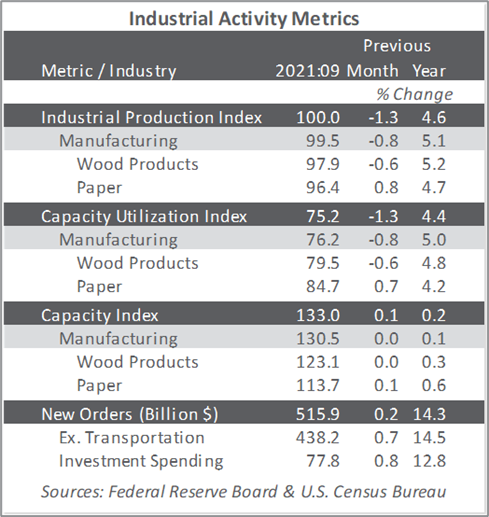