Who Owns the Forest

Supply chain
Author: Suz-Anne Kinney
In the US South, the distribution of forest ownership can be broken down into two categories, public and private. Public lands in the South are owned by federal, state and local governments; they make up 12 percent of the timberland—just over 29 million acres. Private lands are owned by corporations, financial institutions and private individuals with small tracts; they own 88 percent of timberland in the South—nearly 222 million. 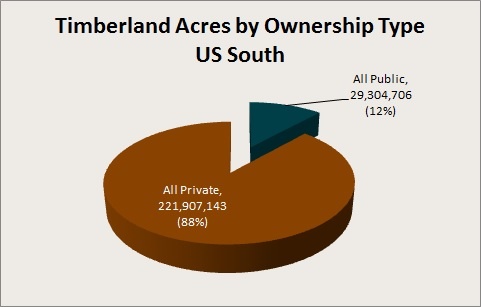 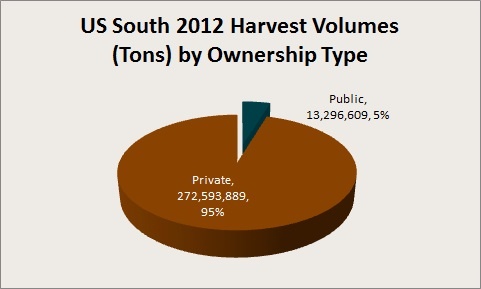 If we break the harvest volumes out by type of private ownership, we see that corporations and financial organizations account for 45 percent of the harvest, or more than 122 million tons, and that non-industrial owners of smaller timber tracts account for 55 percent, or nearly 150 million tons. 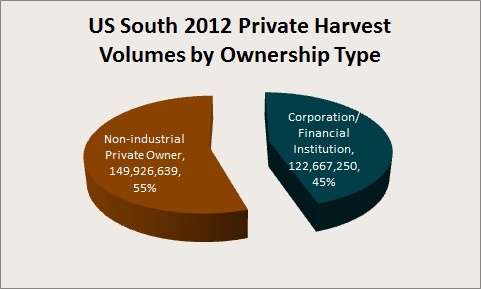 Why is it important that wood consumers know who owns the forest? Because supply chain strategies vary by ownership type.

The majority of wood consuming facilities take a portfolio approach toward their supply chains and use multiple models to balance costs with assurance of supply. The basic structure and process flow for forestry supply chains are relatively consistent across the US. The differences arise in operational details, primarily harvesting and processing. In general, mills follow two models when moving wood fiber from the forest to conversion facilities:

Later this week, we'll publish Part 2 of this post: "The Implications of Forest Ownership for Wood Buyers," we'll look more closely at both the Woods Direct and Network supply chain strategies.

Thank you for starting this series of articles on southern forest land ownership and the timber supply chain. The ownership and timber production statistics you mentioned in this opening article are essentially identical to South Carolina’s statistics. In South Carolina, we are pushing for a better understanding of the timber supply chain that drives the forest industry which is the largest manufacturing segment in the state with regard to job numbers and wages paid. Growing more wood is good for all parts of the supply chain, the industry, and our states because more tons of wood produced and processed equates directly to increased job numbers and financial returns for landowners, timber suppliers, and manufacturing. A state’s quality of life and ability to attract non-forestry related capital investments are also enhanced with the retention of healthy, working forests across the landscape. State tax revenues are also increased, enabling a state to better provide essential public services. We look forward to the next articles on this critically important subject.

I echo Gene Kodama’s comments regarding the benefits of private forests for all stakeholders as well as for conservation and preservation of our sustainable reusable natural resource. We are all in the game together, private nonindustrial, industrial, and state and federal forestlands. We have to find better ways of continuing to partner together for the whole. Much has been done and much needs to be done to assure that our wood products are paying fair dividends across the board. I have been concerned with the discrepancy of the larger landholdings receiving a disproportionate premium for their wood and fiber.  The mills will not have a conversation with smaller landholdings. I place this out for further discussion because I have witnessed discrepancy of greater than 100% on pricing of stumpage. We are all blessed to be able to promote good stewardship on our private lands. Matter of fact, most of the time it is not the “bottom line” that drives the NonIndustrial Private Landowner to good stewardship practices.

Bioenergy
Batteries Made with Renewable Wood Could Help Alleviate Energy Pressures
When we think of innovative battery technologies and some of the scalable, successful products that have been developed...
END_OF_DOCUMENT_TOKEN_TO_BE_REPLACED