Scientists in forest-related industries and groups such as the National Council on Air and Stream Improvements (NCASI) have recognized the difference between biogenic and non-biogenic sources of energy. Combusting fossil (non-biogenic or below ground) sources of carbon (coal, oil, natural gas) adds to the carbon dioxide content of the atmosphere because these resources are “captured” and released from within the earth.  Combusting renewable woody biomass (biogenic or above ground) carbon, however, adds little to no net carbon dioxide to the atmosphere when considered over the long-term.  As long as we are not depleting forest inventories, which we currently are not, this biogenic carbon is reabsorbed by new plant life as it grows; it is a sustainable and cyclical process.

Global interest in biogenic sources of fuel is growing; European electricity providers continue to increase their use of wood pellets for thermal heating purposes. While it may seem counterintuitive on many levels, some of the largest multinational corporations in the world are now acknowledging the difference between biogenic and non-biogenic sources of energy. Surprisingly, these same corporations are betting on a future that looks very different from the past—a time that made them incredibly powerful and prosperous.

Earlier this year, British Petroleum (BP) warned that CO2 emissions are forecasted to increase by 1 percent each year through 2035 while global energy demand is expected to rise by 37 percent (1.4 percent annually) within the same timeframe. The forecast, while worrying, isn’t what’s newsworthy; rather, the surprise is that BP is cautioning that these emission levels will be reached unless policy makers enact a “meaningful global price on carbon,” presumably one that will be an economic burden to fossil fuels.

More recently, Shell CEO Ben van Beurden also noted that world governments need to work towards putting a price on carbon, which will in turn drive the “right behavior of consumers and producers” concerning climate change.

As one of the largest energy companies in the world—historically rooted in fossil fuel—Shell is also involved in renewable energy research and development, dedicating roughly $1 billion to “green” technologies from its capital expenditures budget. Shell has evolved as a corporation, viewing itself as an “energy company” rather than a “fossil energy company,” as placing an economic value on carbon addition to the atmosphere will result in making fossil fuels more expensive.

Ultimately, renewable energy must be able to compete with fossil energy economically and putting a value on net atmospheric carbon addition will make that competition possible. While government incentives for renewable energy use are important, the uncertainty and ambiguities that, ironically, flow from centralized mandates oftentimes impede growth. For example, government delays in RFS volumes along with waiver loopholes have made competition virtually impossible for cellulosic and advanced biofuels manufacturers. Even when subsidies are available, it is risky for new businesses to rely solely on government mandates for long-term growth and profits. 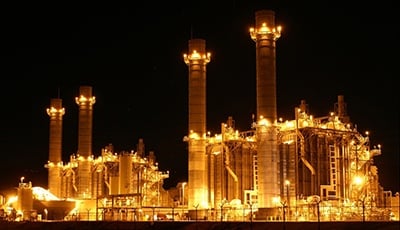 economically. But without a value on net carbon addition, the playing field is simply not level. Fossil-based energies continue to benefit from direct and indirect tax assistance, and fossil fuels are currently not carrying their portion of the societal costs of net carbon addition. The issue is not that renewables are too expensive; rather, it is that fossil-based energies are too inexpensive due to these benefits. Fossil energy is the largest subsidized sector in the global economy. According to a recent International Monetary Fund (IMF) estimate, fossil fuel companies are benefitting from global subsidies equaling $5.3 trillion a year, which is equivalent to $10 million a minute, every day of the year. To put that number in perspective, the estimate is also greater than the total health spending of all the world’s governments.

It’s incredibly difficult to put an accurate dollar figure on the high social costs of continued reliance on fossil fuels on a global scale. In theory, the figure must represent all the economic costs of climate change measured as the damage done by each net ton of carbon dioxide emitted into the atmosphere.

The official US government estimate for 2013 was $370 billion, which is a number that has, unsurprisingly, been refuted and challenged by both sides of the climate debate. Considering the fact that global carbon emissions from fossil energies are roughly 10 billion tons, the annual dollar cost is approximately $37 per ton of CO2. (This equates to an approximate cost of $0.37 per gallon of gasoline based on 20 pounds of CO2 emitted per gallon of gasoline.) Some of the associated costs not encompassed in this number include the displacement of certain coastal populations, loss of/damage to wildlife and wildlife habitats, peripheral healthcare and quality of life costs. As stated above, there is simply no way to put a value on some of these costs, but $370 billion a year is where the federal government begins.

As I noted in another piece from 2013 that covered the issue of energy’s social costs, our approach to fossil energy should be informed by our approach to cigarette use or any number of resulting diseases. In that piece I wrote, “Our society, for instance, has not had any difficulty connecting the dots between black lung disease and coal miners, brown lung disease and textile workers or cigarette smoking and illnesses like cancer, heart disease and emphysema. In order to move our society away from smoking, we have easily rationalized placing taxes on cigarettes to both recognize the true cost to our society of smoking and to place the economic burden on those who are responsible for that cost.”

Three years and lots of opportunities have passed since I wrote those words, but they are even more pertinent today than they were then simply because very little has been done. If we take the same approach to fossil energy and include the social costs of fossil fuel use into energy prices, then we will begin to level the playing field for renewables.

Energy prices will increase with broader employment of renewables, which will indeed be a difficult adjustment. The upside is that we will begin to decrease the social costs of relying so heavily on fossil energy, hopefully reaching equilibrium where these costs “offset” one another. If we get to the point that the true cost of fossil energy is reflected in its pricing, then renewables will compare much more favorably economically and the social risks will be mitigated.

As stated earlier, the real issue for incorporating renewable energy is not that it is too expensive; it’s that fossil energy is artificially too cheap. It appears that at least a few forward-thinking, global energy companies are also of the same opinion—companies with vast resources that will be integral to solving some of the energy challenges we have today so that we are adequately prepared for the future. Meaningful carbon valuation is a global issue that demands a global solution.