The Value of Carbon Emission Avoidance with Biopower Generation

Per a recent report published by the National Petroleum Council (NPC)—an advisory committee that represents the interests of the oil and natural gas sector—the US Government needs to adopt a new spending program that more than doubles the value of existing tax incentives if the nation really wants to get serious about mitigating climate change at the smokestack level. While the fossil energy sector is already the most subsidized in the world, the new carbon capture research and development funding would cost in excess of $15 billion over the next ten years.

In order to keep fossil energy sources viable while remaining sensitive to climate change issues, the report recommends beefing up subsidies on the technology that captures carbon dioxide emissions at the smokestack – Carbon Capture and Storage (CCS). CCS is a juvenile 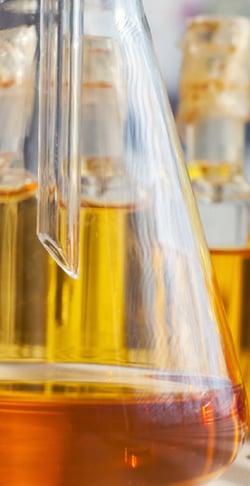 technology that is still being developed, and it is driven by a need to further reduce emissions in a world that remains heavily dependent upon fossil energy sources and the existing supply chains and infrastructures that service them. Ironically, CCS technology re-injects CO2 into the ground to increase oil production resulting in even more CO2 emissions, or by sequestering it in underground aquifers, which conjures up images of the impact on aquifers due to fracking.

A recent Houston Chronicle article provides a glimpse into the plan’s details, which would include spending $1.5 billion per year on R&D over the next decade.

For years, we have discussed the unlevel economic field that renewable energy providers are forced to play on. For carbon-neutral biopower to be broadly deployed in our power generation system, it is necessary for biomass renewable energy to become more economically competitive to fossil energy power generation. This can easily be accomplished if the use of fossil fuels were to carry the associated costs of net carbon addition, which it currently doesn’t have to do. Fossil energy continues to get a “free ride” while enjoying the benefits of favorable tax treatments:

One approach to drive societal change towards the use of carbon-adding energies is to impose a tax on net carbon emissions. This will drive the use of fossil energy down and the use of renewable energy up. For years, there has been rigorous debate about what level this carbon tax should be: $10/ton of net annual CO2 emission? $20/ton?

Surprisingly, the oil industry itself has inadvertently given us the answer to the value of CO2 emissions, as noted above. The answer is embedded in tax subsidies associated with CCS. By recommending an increase in subsidies to $90 per ton over the next 10 years and to $110 per ton within 25 years, the fossil energy industry has essentially established the value of net CO2 addition.

While there is a need for policy development in support of CCS, the real objective should be to reduce CO2 emissions everywhere we can and the best solution is avoidance of CO2 emissions altogether. Let’s level the economic playing field for biomass renewable power and apply the same subsidy level for CO2 emission avoidance compared to fossil power generation. If that were done, the economics of biopower would become instantly competitive and we could finally move forward with large scale deployment of this important element of our renewable energy portfolio.

It is unlikely that Congress would approve the huge increase in spending advocated by the NPC—especially as a peripheral policy that ignores larger climate-change legislation—however, most renewables remain economically unfeasible at scale without subsidies that match those enjoyed by fossil energy. The issue is not that renewables are too expensive; rather, it is that fossil-based energies are too inexpensive, which hamstrings innovation in renewables and kicks the climate change can even further down the road.

Bioenergy
Batteries Made with Renewable Wood Could Help Alleviate Energy Pressures
When we think of innovative battery technologies and some of the scalable, successful products that have been developed...
END_OF_DOCUMENT_TOKEN_TO_BE_REPLACED