10 Predictions for Global Forest Industries in 2020

Hopes of a US-China trade deal might breathe new life into pulp prices, or they might fall flat as continued uncertainty takes a toll. Global GDP growth in 2020 is expected to be in the 2% range so short of some unexpected good news, supply will still outpace demand. Expect pulp market weakness in 2020 without some big policy development or global economic shift on the horizon.

While production capacity has increased in the South over the last year, it hasn’t been enough to move sawtimber stumpage prices higher. In fact, prices have come down significantly after the weather-induced spike that occurred in 1Q2019. We look for prices to flatten along with housing starts in 2020.

In November, we published a comprehensive analysis of hardwood log and lumber exports to China and other destinations. While China’s significant influence on the hardwood export market has been progressive over the last decade, the ongoing trade dispute and tariffs have played a large part in the steep drop-off we have seen in 2019. If a long-term trade deal with China is reached in the coming months, we expect to see a considerable rebound in American hardwood exports. While it will take time to see a trend reversal play out in both the supply chain and the export data, the US hardwood industry is positioned to react quickly to market signals. China’s economy is slowing, however, which could impact American hardwood demand in the near term.

A recent Reuters poll found most analysts expect housing to improve during 2020. The consensus opinion called for prices to end 2019 with a 3% rise—the lowest in seven years—and then slow to 2.9% and 2.8% over the next two years. Existing home sales are forecast to average roughly 5 million units over the coming year. “Demand for housing is going to be strong, but it’s still going to be a supply issue. It’s going to be quite a while before that really rectifies... probably two or three years,” said Raymond James’ Scott Brown. We think total starts will fluctuate between SAARs of 1.103 and 1.351 million units, with 2020’s average being 1.264 million units (+0.6% relative to 2019).

With so much uncertainty surrounding the Brexit and Chinese trade situations at this point, a year-long forecast for the USD is a tall order. However, we believe that the USD will largely hold steady against both the CAD and EUR in 2020. "Despite improving investor risk appetite, we see only modest downside for the U.S. Dollar in 2020 because the American economy still looks much sturdier than China or Europe. However, FX markets should be anything but dull, with plenty of opportunity to collect, carry, and to position for macroeconomic divergence and major political events," says Zach Pandl, a currency strategist with Goldman Sachs. In 2020, the CAD will range between C$1.285 and C$1.376, and the EUR will range between €0.890 and €0.946.

When Jair Bolsonaro took the helm of the new government in January 2019, Brazil’s business class was hoping to finally move beyond the political and economic crises of the last decade. However, these hopes have largely not played out. Brazil is still challenged with anemic G 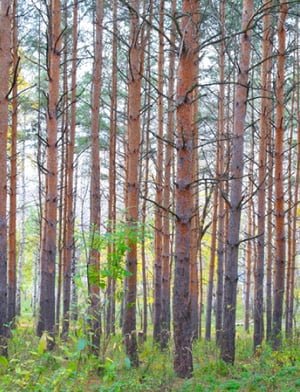 DP growth, a weak currency and trade tariffs on forest products. Recent court challenges will keep Brazilian plywood producers from fully exporting production and generally weak global GDP will be a drag on Brazilian pulp manufacturers’ financials. On a positive note, inflation has stabilized, and Brazil is positioned (especially with its low manufacturing cost) to be the site of the next new greenfield pulp mill.

Tariffs on lumber exports to the US will stay in place through 2020. Combined with a restricted log supply, this dynamic has created a challenging environment for BC lumber manufacturers. BC will reduce capacity by approximately 500 - 750 MMBF of lumber. This production will be offset by increased capacity in the US South that will marginally affect supply in the US construction market. To add insult to injury, a devastating beetle infestation in central Europe is killing a significant portion of the spruce inventory. The lumber produced from salvage spruce is making its way to China and India, further edging out imports from BC.

With passage of the Farm Bill and the Timber Innovation Act in 2018, investment and commercial interest in cross-laminated timber (CLT) and other engineered wood products has surged over the last year. Fourteen mass timber code change proposals have also been approved, clearing the way for their inclusion in the 2021 International Building Code (IBC).

The largest mass timber building in America was recently unveiled at the University of Arkansas and, per the American Wood Council, over 44 tall wood buildings are either underway or have been completed over the last six years. Canada-based Structurlam Mass Timber also recently announced that it will begin construction on its first US-based production facility in Conway, AR, which is projected to open in 2021. The plant’s first customer will be Walmart, which will use 1.1 million cubic feet of CLT derived from timber grown in Arkansas forests (and produced at the Arkansas facility) to build its new headquarters in Bentonville. These innovative, wood-based construction technologies are here to stay.

Global GDP has decelerated from its 2018 peak of 3.5%, and the US economy (real GDP) grew at roughly 2% in 2019. Citing key inhibitors including trade tensions, weak business investment and political uncertainties, the Organisation for Economic Co-operation and Development (OECD) slashed its global growth forecast for 2019 to a decade-low 2.9% (down from May’s estimate of 3.2%) and forecasted a subdued range of 2.9% to 3% through 2021. Passage of the US-Mexico-Canada trade agreement—which now appears more likely—and a possible trade deal with China present upside risk to the projections. For now, though, we see US growth decelerating next year; GDP growth will average +0.9% in 2020.

To the chagrin of landowners, saw log prices continued to decline during most of 2019, giving sawmills some much needed room to increase profits. With recovering, yet still weak lumber demand increases, we don’t see that cost relief itself will bring new investment to the PNW sawmill set. However, a few new engineered wood plants have been announced, which we expect will stimulate demand beyond 2020. The limiting factor in the PNW is log supply (at a competitive price) and it will continue to be a challenge for years to come, or at least until/if there is a drastic change in federal forest harvest policy. 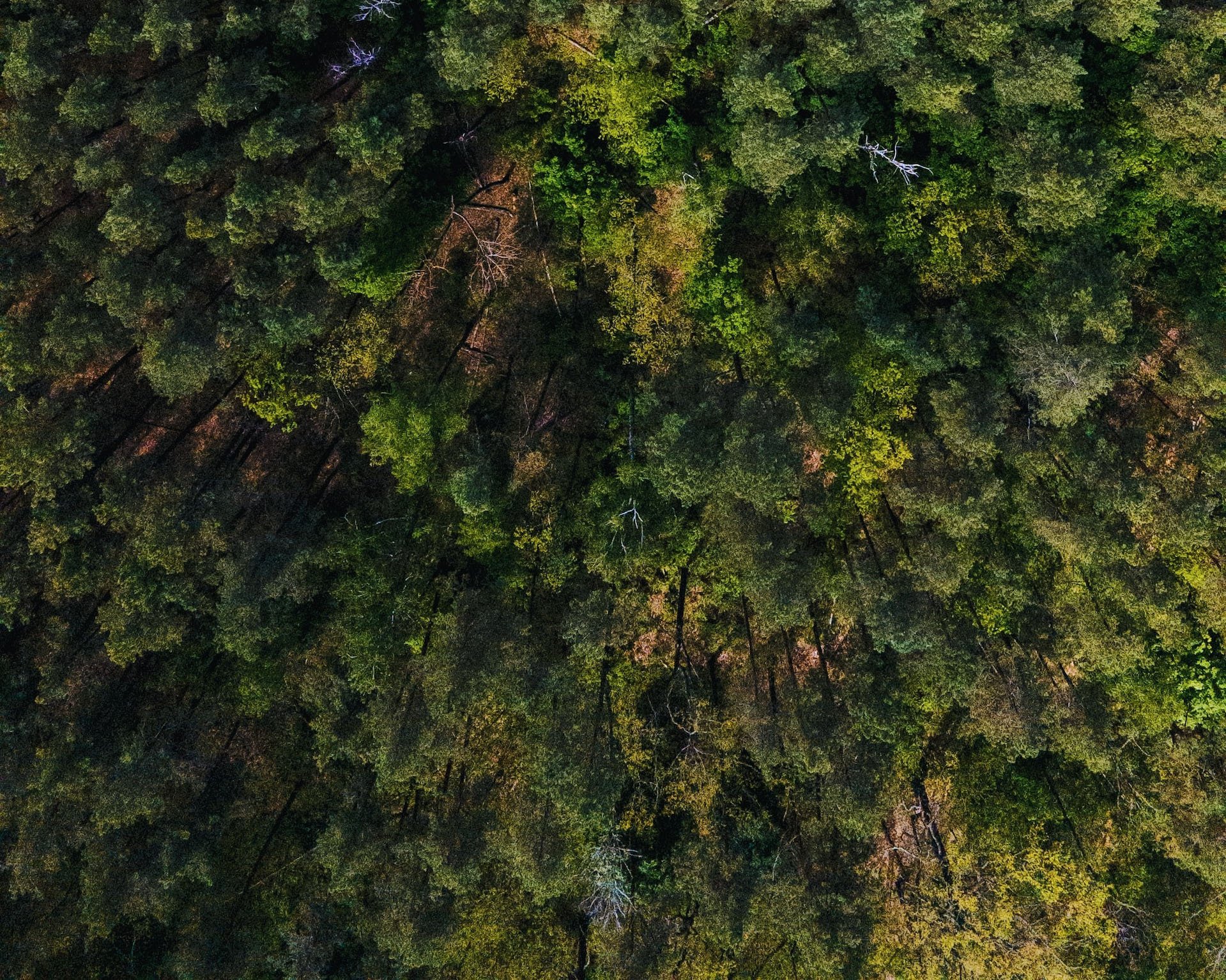 Global Forest Industry
Machine Learning for Tree Mapping? AI and Climate Change Mitigation
New research out of the University of Copenhagen marks some major changes in how to account for tree carbon stocks. And...
END_OF_DOCUMENT_TOKEN_TO_BE_REPLACED 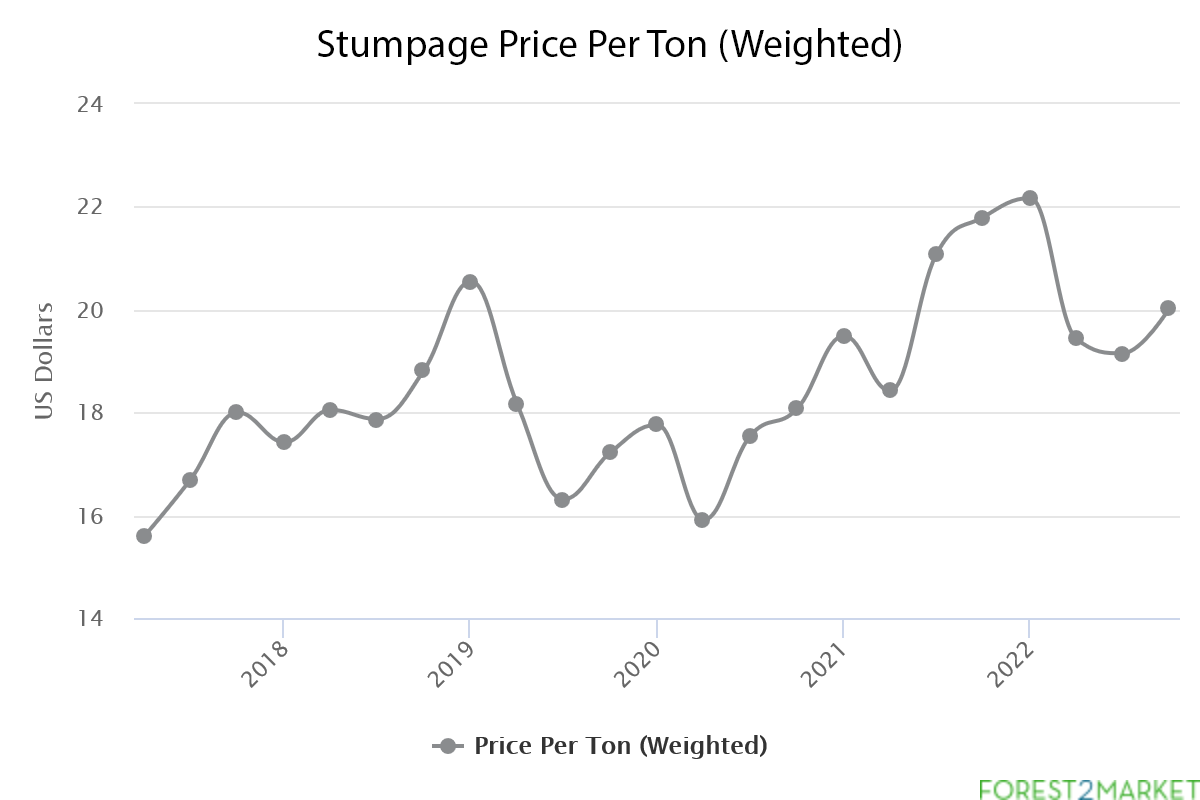 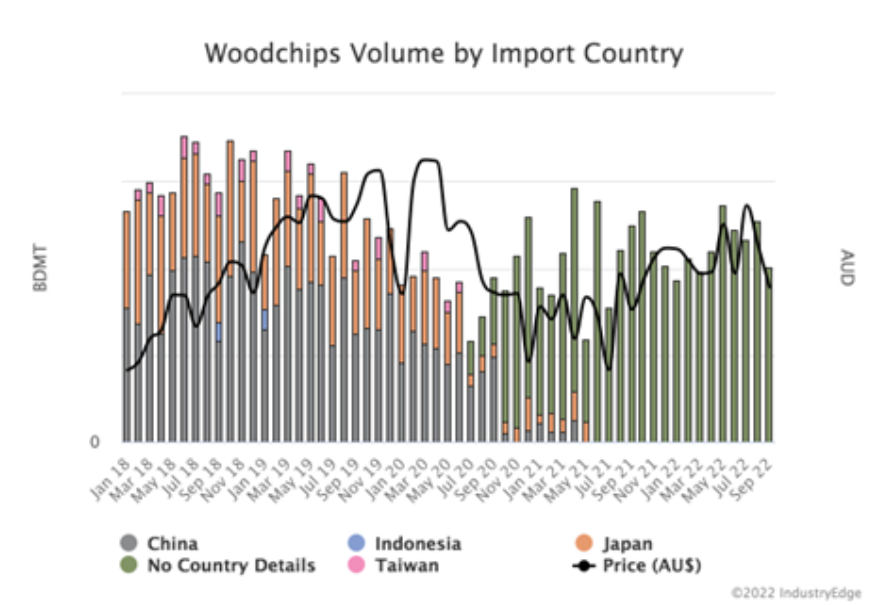