The western US is in the middle of an annual wildfire season that can range from manageable – with a few active, but controlled fires – to devastating. 2020 was a destructive year for wildfires, and 2021 is shaping up to be even worse. The resulting news coverage of these events points a finger at everything from climate change to forest mismanagement, to legal restrictions and policy failures.

The reality is that some combination of these factors has created unsustainable conditions via decades of fire suppression in western state and federally owned forests. While finger pointing has thus far done little to rein in the damage – year after year – active forest management has an important role to play in mitigating future risk and destruction.

For example, private forestlands suffer fire damage at a much lower rate than public forests, which is due to proper fore 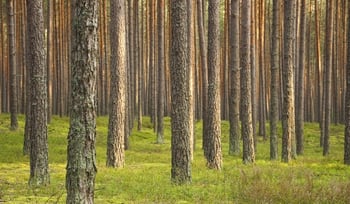 st management (including thinnings) performed by private landowners. Despite the logistical challenges of maintaining millions of acres of public forestlands, the US Forest Service also advocates for proper timber stand density management via thinnings, which is why the practice has increased within national forests over the last decade.

Stand density management is the process of controlling the competition for resources (water, light and nutrients) in a timber stand by optimizing the number of trees per acre and the amount of space between trees. Stand density management techniques vary by type of timber and planned end uses for the timber; however, the benefits for the timber stand and timberland owner are the same across the board.

For the timberland itself, stand density management:

What does the application of this process look like in the real world, and are their economic benefits to actively managing timberland via thinnings?

If this stand is never thinned, its volume at year 30 (based on a growth rate of 5 tons per acre per year) would be 175 tons/acre. At final harvest in year 30, the makeup or product allocation of the stand will likely remain roughly the same. With 80% pulpwood, 15% chip-n-saw, and 5% sawtimber, and with 175 tons/acre, the total per acre value of the stand at year 30 would be $2,082, an increase of $892/acre in 15 years - less than half the stand’s value. (This product mix may shift slightly based on the initial planting density and other factors that contribute to tree growth.)

Now let’s look at the same hypothetical stand when it undergoes regular thinning - one at year 15 and one at year 22 – before a final harvest in year 30. At year 15, the timber stand is crowded: crowns are competing with each other for space. In the first thinning, one-quarter of the 100 ton/acre volume is removed. The resulting 25 tons contain the same product classes as described above—80% pulpwood, 15% chip-n-saw, and 5% sawtimber—and generate revenue of $298. The remaining volume of the stand is 75 tons/acre. Over the course of the next 7 years, the volume of the stand grows by 35 tons (5 tons per acre per year). In year 22, the volume of the hypothetical acre is 110 tons. Once again, however, the stand is overcrowded, so a second thinning of 25 tons is undertaken.

This is where the positive results of thinning become apparent. The material removed from the stand in the second thinning has benefited from the increased space: 55% of the timber is pulpwood, 30% is chip-n-saw, and 15% is sawtimber. Using the same prices as above, the total per acre value of the 25 tons of thinned material is $367.

In the 8 years between the second thinning and final harvest at year 30, the volume of the hypothetical one-acre stand will increase from 85 to 125 tons (5 tons per acre per year). Because of the thinnings in years 15 and 22, the product allocation at final harvest is significantly improved; 25% is pulpwood, 30% is chip-n-saw, and 45% is sawtimber. The total per acre value for the remaining timber is $1,975.

For timberland owners and stakeholders, thinning is an important silvicultural practice that increases the growth potential of the forest as well as the return on investment via higher-vigor and higher-value trees, and incremental cash flows. For forest managers, thinning improves the overall health of the forest by mitigating disease and insect susceptibility while minimizing catastrophic fire risk. Thinnings also provide important forest products to the market, which drive a symbiotic relationship between ecological and industrial interests that helps keep forestlands forested.

*This analysis is simplified for the purposes of this blog post. It does not account for a number of variables that impact timber growth/yield, including location, site index ranking, soil type, hardwood competition, planting density, herbaceous weed control and fertilization applications, the time value of money, and other factors such as stumpage prices in local markets that impact timberland values and harvest revenues. 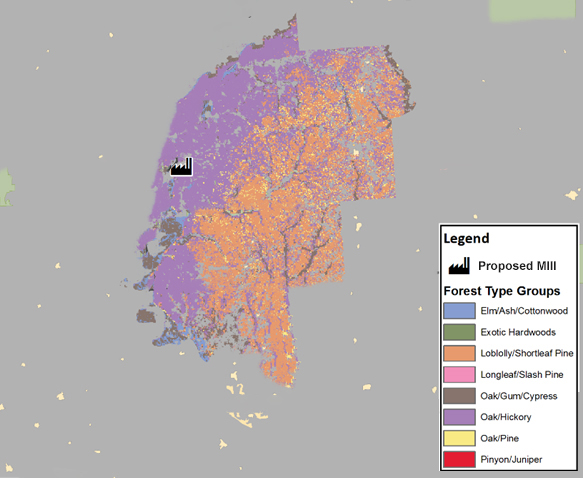 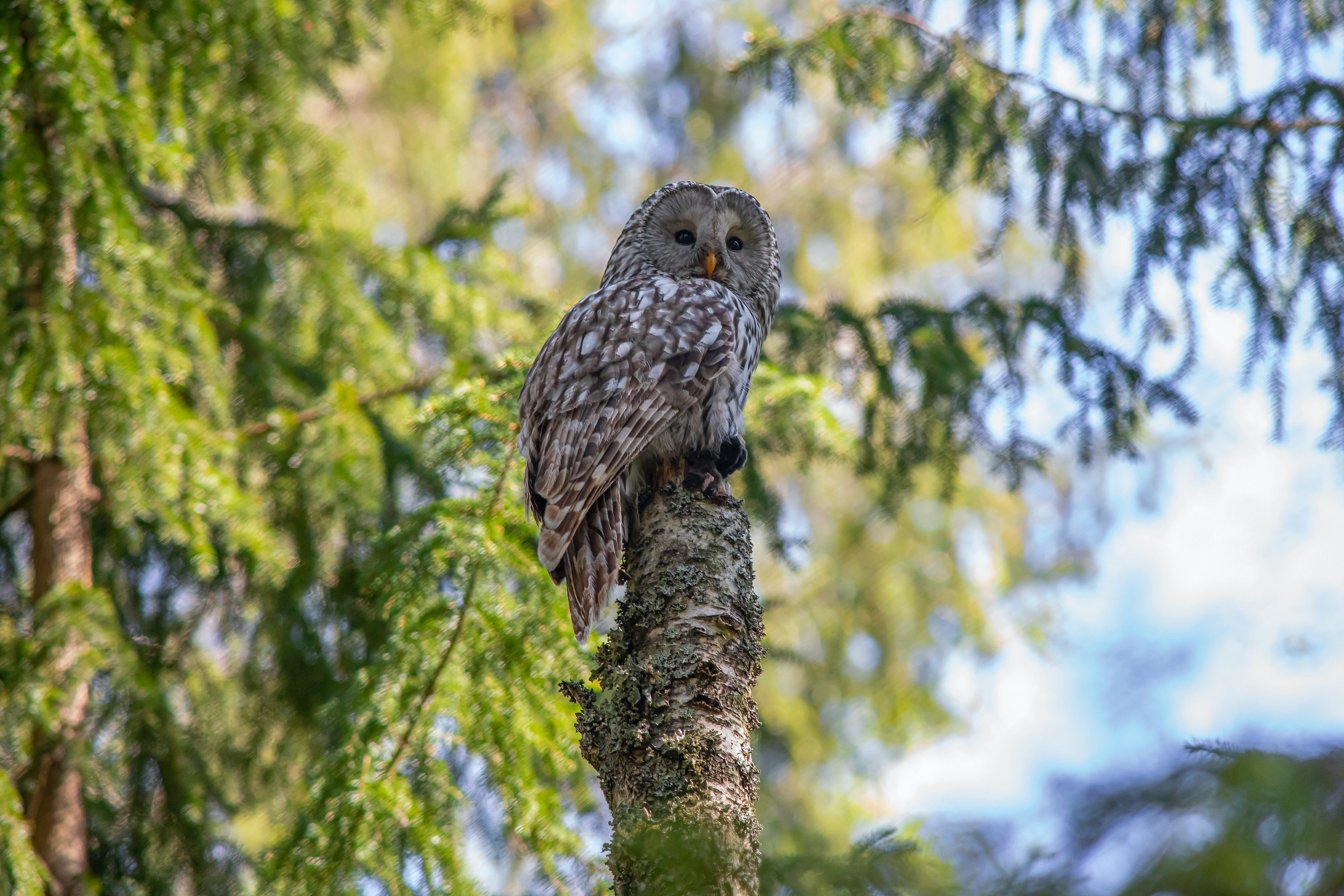 Forest Management
Clock is Ticking on Disastrous Spotted Owl Policy
Regular readers of our blog don’t need a reminder that the 1990 listing of the Northern Spotted Owl had a disastrous...
END_OF_DOCUMENT_TOKEN_TO_BE_REPLACED 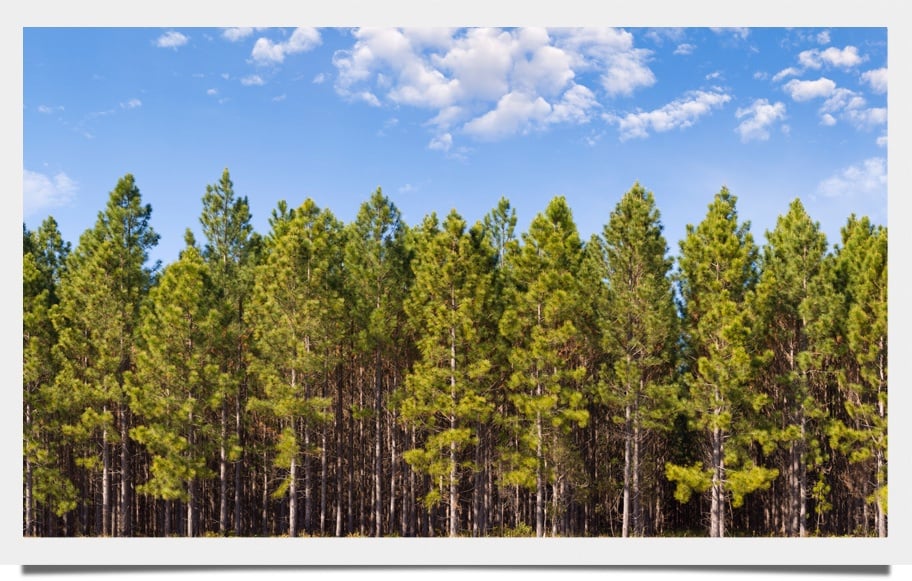