The hardwood industry was finally granted some long-awaited relief last Wednesday when the United States and China signed “Phase One” of a new trade pact between the world’s two largest economies.

The two-year agreement commits China to import “no less than $200 billion of U.S. goods and services on top of the amounts that it imported in 2017” in four broad categories: manufactured goods, agricultural products, energy products, and US services.

Where does the hardwood industry fit in?

Many hardwood products fall under the “manufactured goods” portion of the agreement, which is slated for a $77.7 billion increase in exports to China (on top of the 2017 baseline) through December 2021.

It’s hard to overstate the relief the industry will feel after tariffs of up to 25 percent on exports to China cratered virtually all species of hardwood and diminished the US’ hardwood lumber market share in the country.

Forest2Market’s Pete Coutu wrote in October: “To put the numbers in perspective, since July 2018, hardwood lumber exports to China are down $615 million compared to the previous year, which is an average of $154 million per quarter.”

To add further context, Forest2Market’s Jay Engle recently conducted an extensive analysis of China’s importance to US hardwood log and lumber exports over the last 17 years.

The chart below illustrates the surge in hardwood log imports to China over the last decade, peaking in 2017 at almost 1.8 million tons and dropping off the next two years during trade tensions. 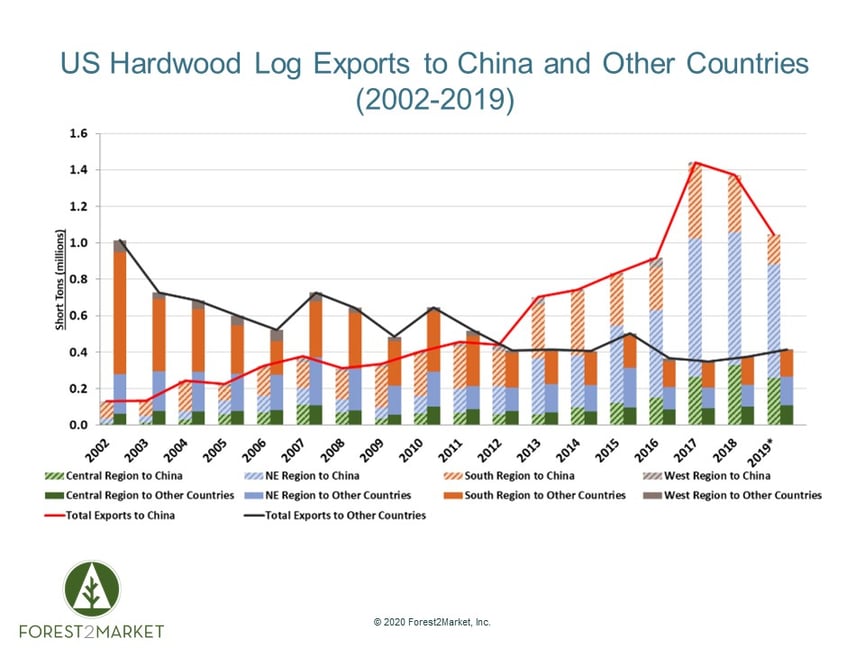 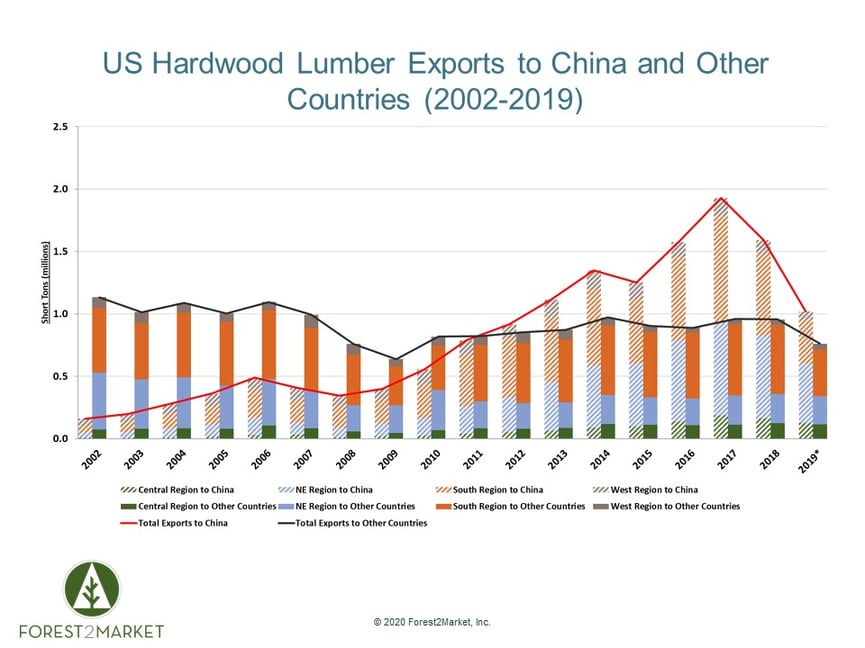 And though certainty for the hardwood industry has been in short supply of late, raw materials are not.

According to data from Forest2Market’s Timber Supply Analysis 360, growth-to-removal ratios (GRR) for several hardwood species in the US South alone are well above the 1.0 replacement level with beech, white oak, and maple topping 4.0. (The growth-to-removal ratio is the annual growth in forest inventory divided by the annual tons removed. A ratio above 1.0 may indicate opportunities for additional harvests. A ratio below 1.0 indicates timber is removed from production faster than it is replaced by growth.)

Timber Supply Analysis 360 also indicates the overwhelming majority of trees in the above species range are in age classes from 50-95 years old, resulting in significant inventory of large, mature timber. 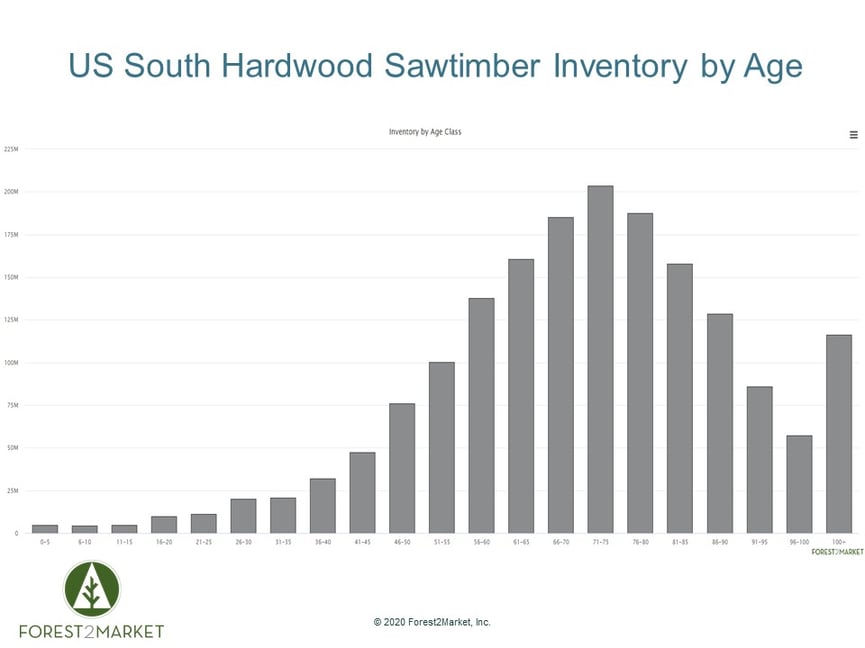 It is also worth noting that the Lake States and Northeast regions also maintain deep inventories of high-value hardwoods, with comparable GRRs in many areas. Based on this data, it appears US suppliers will have plenty of inventory to meet the welcomed increase in demand from China and other export destinations for decades to come.

Lumber Prices
WRI Market Insights: Global Softwood Lumber Markets
Global trade of softwood lumber fell about 10% in the first half of 2022 compared to the same period in 2021. Most of...
END_OF_DOCUMENT_TOKEN_TO_BE_REPLACED

Lumber Prices
Southern Lumber Prices Continue to Inch Down
After jumping 12% in August due in large part to strong demand from the multi-family construction sector, US housing...
END_OF_DOCUMENT_TOKEN_TO_BE_REPLACED

Timber Prices
Halt in Russian Exports, Reduced Demand in China Contributed to a 20% Decline in Global Softwood Log Trade
Global trade of softwood logs plunged by 20% during the first half of 2022 year-over-year (YoY). Much of the decline...
END_OF_DOCUMENT_TOKEN_TO_BE_REPLACED