After inching up in 1Q2020, the southern timber market reacted to the COVID-19 pandemic (and related shutdown of the global economy) like most commodities markets during 2Q, and prices dropped pretty much across the board. The weighted average price per ton decreased -11.5 percent quarter-over-quarter (QoQ) and -14.0 percent year-over-year (YoY). The only product that demonstrated a QoQ increase in price during 2Q was hardwood sawtimber. 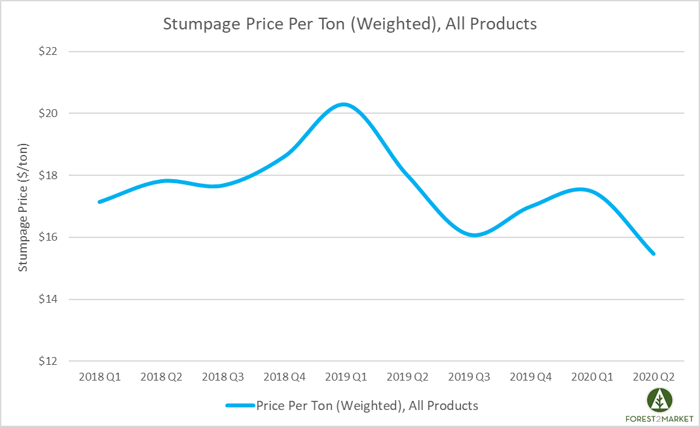 Hardwood pulpwood prices Southwide demonstrated an equally significant correction, dropping -10.5 percent during 2Q to $6.49/ton. The West-South region experienced the largest decrease, dropping by -19.1 percent to $5.30/ton. However, prices in the Mid-South increased +0.8 percent to $10.82/ton and prices in the East-South inched up +2.5 percent to $4.18/ton. 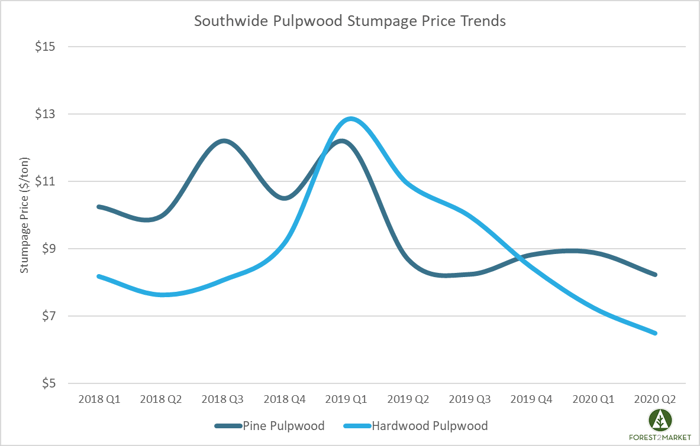 Forest2Market’s 3Q data is incomplete at this point, but prices are sharply trending back up. If you are not a subscriber to our Stumpage 360 database, now is the time to stay ahead of your local market with the power of transactional data. 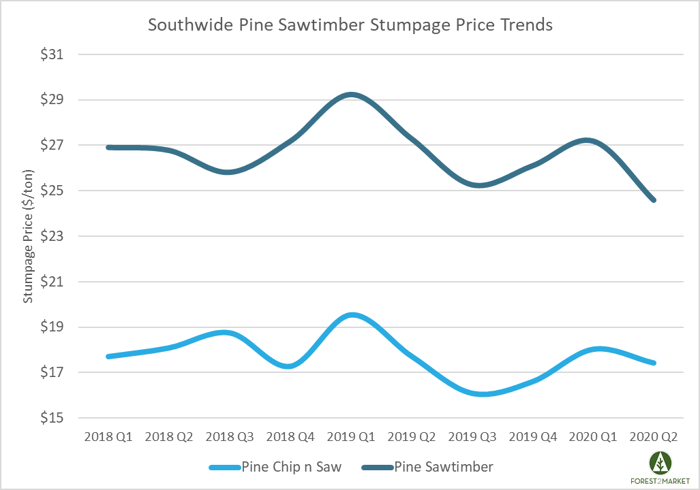 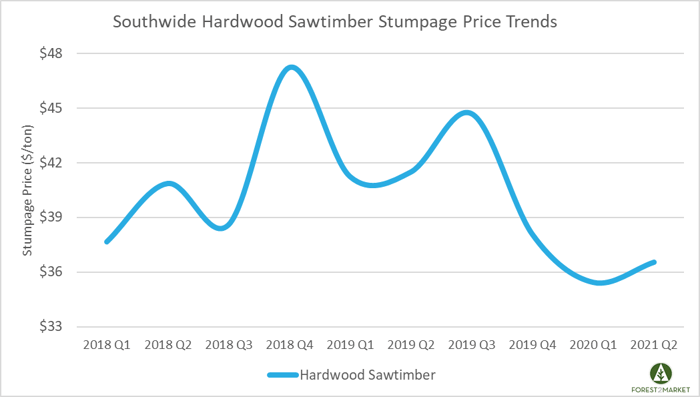 These numbers are noteworthy because they demonstrate a slight increase in hardwood demand in a market that has been significantly impacted by the current trade and tariff situation with China. While new trade negotiations looked promising for the sector prior to the COVID-19 pandemic and resulting economic turmoil, hardwood markets have taken a beating since the beginning of 2019.

Real gross domestic product (GDP) plummeted -31.7 percent in 2Q2020, according to the “second” estimate released by the Bureau of Economic Analysis. However, many sectors of the economy have bounced back quickly since mid-summer, which is reflected in recent economic data:

The pandemic, sustained high unemployment, civil unrest and an increasingly contentious election on the horizon have combined to create historic levels of uncertainty… despite a high-flying stock market and a booming housing market. Lumber prices reached record prices in recent weeks as producers continue to scramble to supply insatiable demand.

Southern stumpage markets have largely been soft in 2020, and the pandemic situation has not helped matters. The market has been oversupplied for a decade, which is reflected in price reactions during 2Q.

Despite some of the positive economic signals, stumpage prices across the South are now climbing back out of the hole after a dismal 2Q, when demand dropped in tandem with the economic shutdown. Forest2Market’s 3Q data is incomplete at this point, but prices are sharply trending back up. If you are not a subscriber to our Stumpage 360 database, now is the time to stay ahead of your local market with the power of transactional data.