Seth Ginther, Executive Director of the U.S. Industrial Pellet Association (USIPA), recently wrote an excellent piece for Biomass Magazine detailing some of the takeaways from a new report published by the Intergovernmental Panel on Climate Change (IPCC). In part, this report looks at land use changes and the associated effects on climate change, which encompasses important material for global advocates of working forests, sustainable forest management and wood bioenergy. Ginther’s piece is concise and worth reading in its entirety.

He begins, “The verdict is in—again: Climate change mitigation cannot be achieved without wood bioenergy and sustainable forest management. This is according to the latest report on Climate Change and Land from the Intergovernmental Panel on Climate Change. The report unambiguously calls for ‘sustainable management of global land resources, including promoting forest management that is aimed at storing carbon while yielding timber, fiber and bioenergy.’”

Ginther also cites Forest2Market’s landmark 2017 study, Historical Perspective on the Relationship between Demand and Forest Productivity in the US South, which was commissioned by Drax Group,  National Alliance of Forest Owners and US Endowment for Forestry and Communities. He references data pulled from the study, noting that “Never mind the fact that forest inventories have doubled since the 1950s and continue to rise. ‘Research’ is produced based on assumptions that rarely occur on the ground—that an entire plot of forest is harvested solely for bioenergy. In reality, wood bioenergy only accounts for about 3 percent of the entire annual harvest in the U.S. Southeast.”

Land use changes are a central component in the current climate debate, especially on the heels of the recent media frenzy surrounding the Amazon rainforest fires. Forest2Market has long warned of the long-term, oftentimes irreversible dangers of converting large swaths of timberland to other uses. As the population in the US South has exploded over the last few decades, for instance, the development pressures have had a pronounced effect on the region’s timberlands.

Between 1990 and 2010, the US South experienced higher than average growth in its urban area. According to a Forest Service report, urban area in the US increased 45 percent, but urban area increased 61 percent in the South during the same period. In fact, between 1982 and 2012, developed land increased by 19.3 million acres (79.9 percent) from 24.2 to 43.5 million acres in the US South. This means that around 46 percent of the conversion to development that occurred in the US during this period occurred in the South, an area that comprises just 22 percent of US land area.

The good news, however, is that a vast majority of the timberland in the US South (87 percent) is privately owned, which means many landowners actively manage their land as working forests for profit rather than developing or converting it to another land use. They plant, harvest and sell their timber, then repeat this cycle again and again—oftentimes across multiple generations. This economic incentive keeps forestlands forested, which has resulted in a doubling of the forest inventory in the South over the last 70 years. The statistical correlation is that increased demand for wood products results in increased inventory, not the opposite. This relationship between timberland owners and wood products manufacturers is important for both the local economy and the environment throughout the South.

The bottom line is that wood bioenergy is a forest product that helps keep forestlands forested, where they can continue to act as essential carbon sinks. Ginther closes his piece succinctly, noting that “The verdict is in—again—and the consensus on wood bioenergy is even stronger. It’s time to move forward with climate solutions recommended by the world’s foremost experts.”

Log Markets
New Markets for Wood Products Help Preserve Forests for Future Generations
As I noted in the first post of this series, there is an ongoing disconnect that tends to resurface in the debate...
END_OF_DOCUMENT_TOKEN_TO_BE_REPLACED 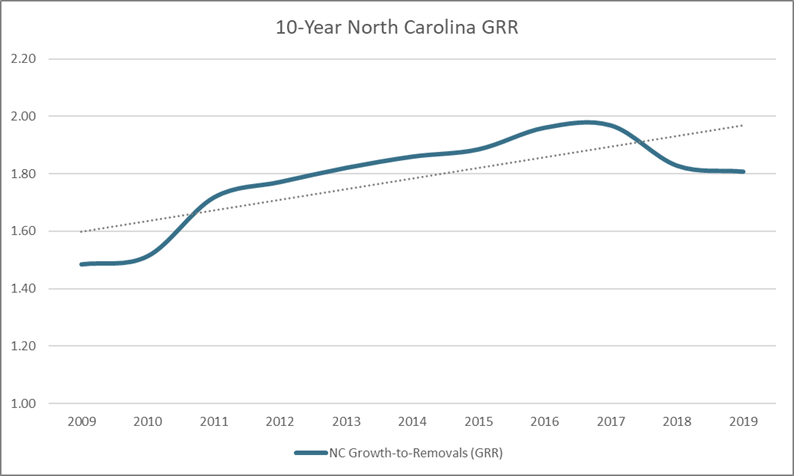 Forest Management
Lawmakers Get a Wake Up Call on Wildfires. Will They Listen?
So far, we’ve seen major forest fires from Wisconsin to New Jersey. An active fire on New Mexico’s Lincoln National...
END_OF_DOCUMENT_TOKEN_TO_BE_REPLACED